You haven't selected any workshops or bootcamps yet.
Go to skills
Product is not available in this quantity.
Contact
Member Name
Ideation and Prototyping

Make a plan for how you'll make your solution idea real and tangible with a prototype. 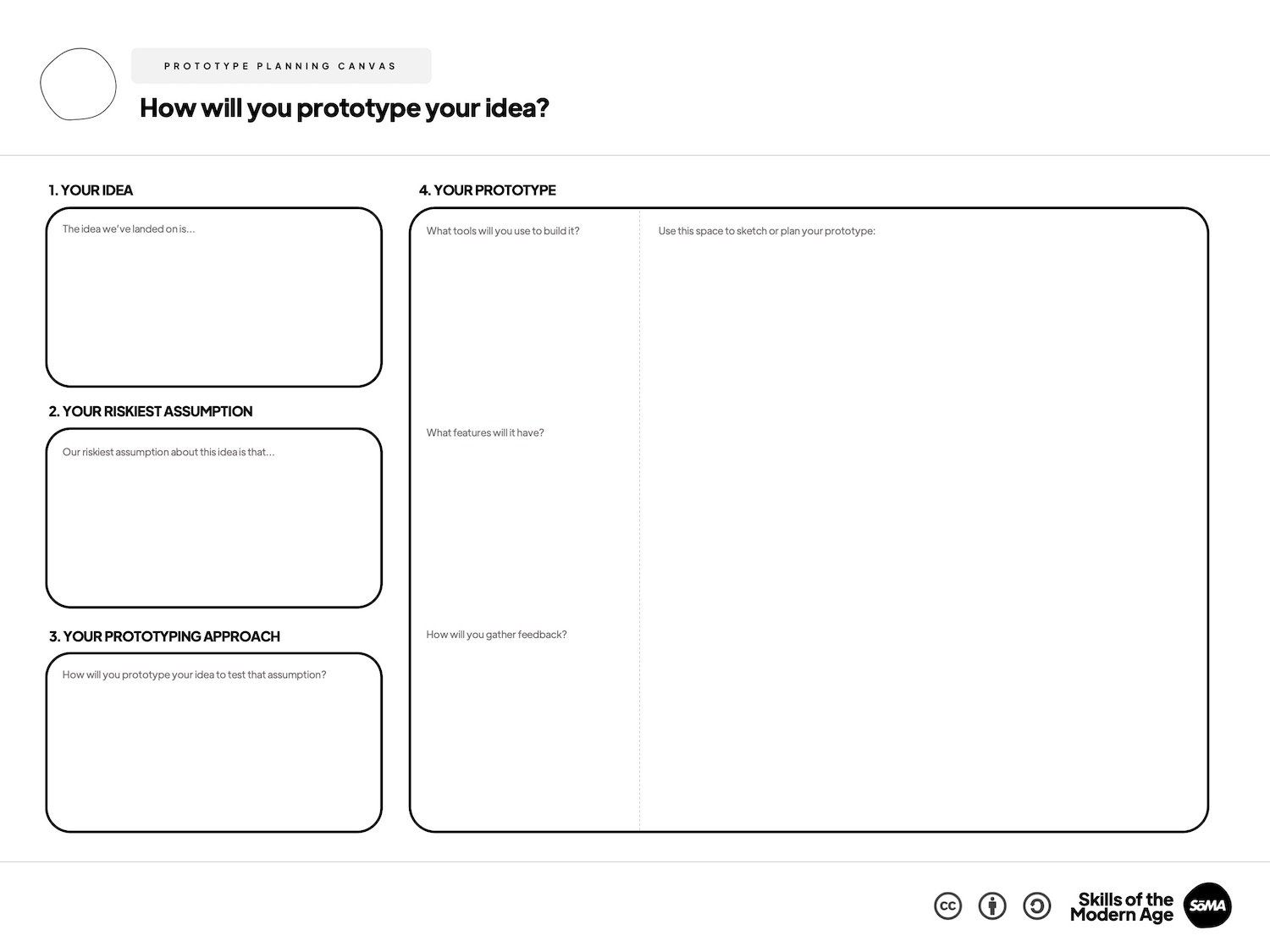 Why do you use it?

Prototyping your solution ideas allows you to communicate them much more effectively to your users and stakeholders, and to gather more authentic feedback about whether your idea would work in practice. Planning your prototype enables you to be strategic about this building-and-test process.

When to use it:

This canvas is designed to be used once you've selected an idea or set of ideas that you'd like to prototype. It guides you through a step-by-step process to identify what assumptions you're testing, and how you'll build and evaluate your prototype.

How to use it:

The Prototype Planning Canvas helps you to make a plan for the prototyping and testing of your solution idea.

Now you're ready to prototype!