You haven't selected any workshops or bootcamps yet.
Go to skills
Product is not available in this quantity.
Contact
Member Name
Facilitation techniques

Dot-mocracy, also known as dot-voting, is a simple method for group prioritisation and decision-making that lets people vote on their chosen options using a limited number of dot stickers. Dot-mocracy is a transparent, flexible and participatory decision-making technique that every facilitator should have in their toolkit. 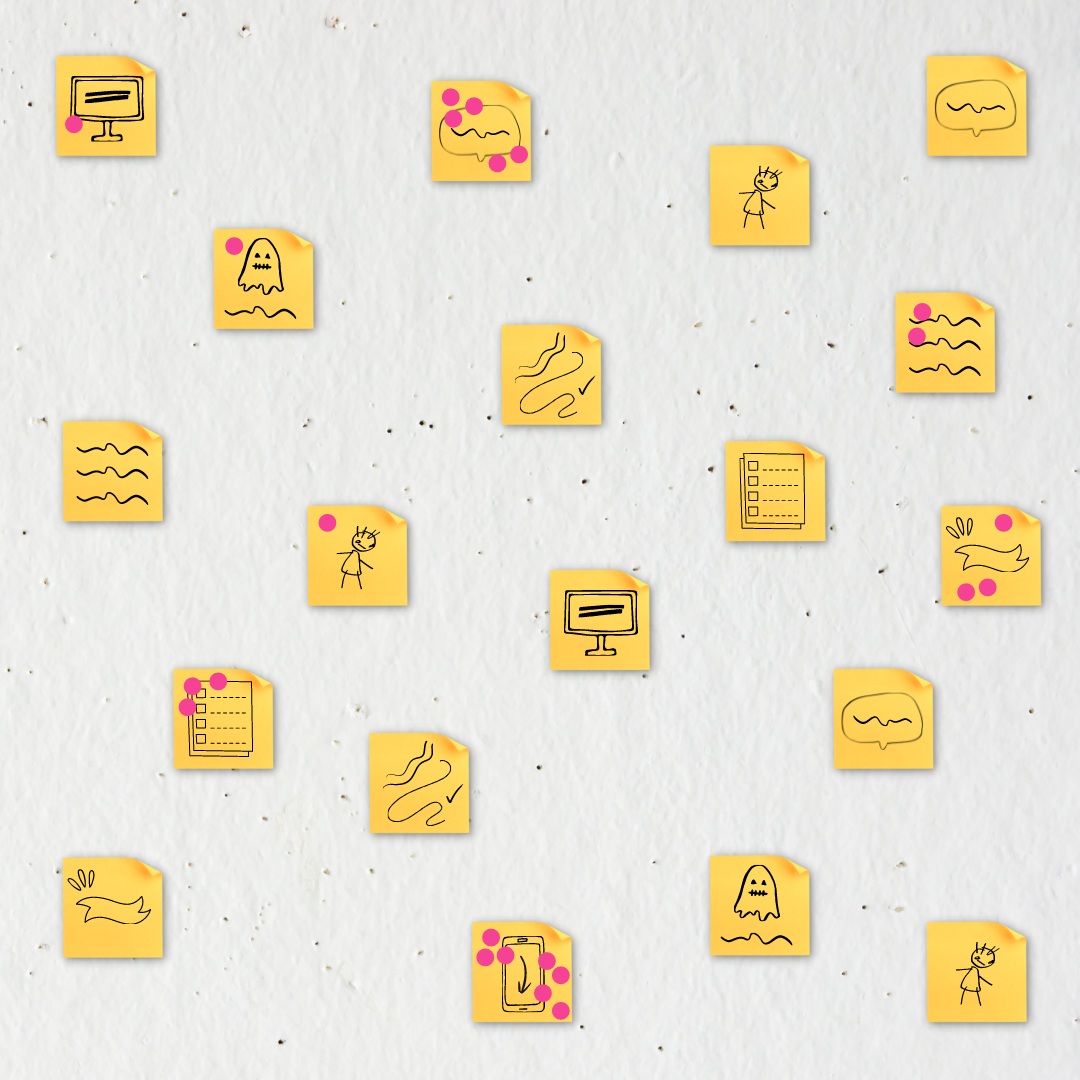 Why do you use it?

As a group, it can sometimes be tricky to prioritise from a long list of options in a way that provides an equal way for all the voices in a group to be heard. Dot-mocracy provides a way to leverage the collective wisdom of the team and is useful for making quick, collaborative decisions. It helps people quickly recognise their shared preferences which can then lead to the development of ideas that have collective buy-in.

When to use it?

This technique can be used at any stage of the design process but is best used where prioritisation or decision-making is the aim. As a way of converging, it is often used following a divergent, idea generation process, for example - narrowing down on the top ideas from a Crazy Eights exercise.

How to use it?

Participants then need to be given an equal, set number of votes. As a general rule of thumb, give each participant a number of votes equal to roughly a quarter of the total number of options available. For voting, round, dot stickers are most commonly used but any stickers will do the job. For cost-sensitive or impromptu cases, votes can simply be made with a mark of a pen instead. If using a virtual board like Mural or Miro, they should have an in-built dot voting function to allow participants to mark the top ideas.

Before the vote, remind participants of the purpose and value of the voting exercise - for example, why are they voting and how will the outcome be used?

Once everyone has voted, you’ll need to count the votes to see what the most highly ranked ideas are. At this stage, it might be helpful to re-organise the ideas to easily see the top ideas. If there is a tie among top options, or if further prioritisation is needed, the group can vote again to establish a clear winner.

Depending on the goal of the dot-mocracy exercise, participants can then converge and discuss why they have voted for particular options or assess the next steps now that a collective ranking has been achieved. As a team, it is important to map out the next steps following a vote.

There are a number of variations that can be used to complement the standard dot-mocracy process. These include:

What do you need?